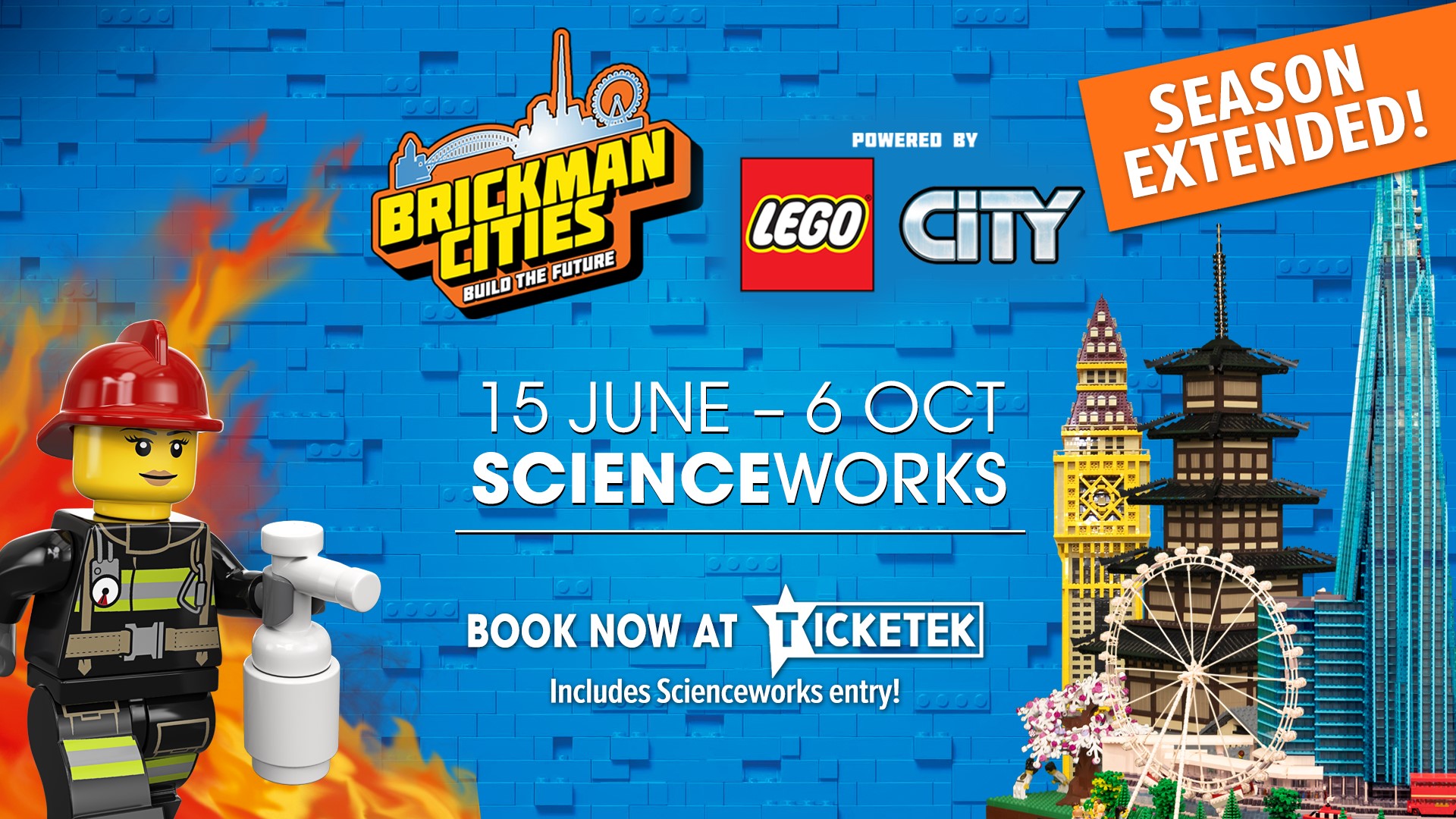 Discover the towering buildings and history of the world’s greatest cities then help create your own cities of the future when Brickman Cities powered by LEGO® CITY arrives at Melbourne’s Scienceworks. Our first school holiday season was so huge that we’ve extended until 6th October due to popular demand!
Note that we’re only open from 11am to 3pm on school days.

Brickman Cities focuses on some of the world’s greatest cities – Dubai, London, New York, Sydney and Tokyo – with our trademark cut-away detailed models and shows how each has evolved and grown. Every person that comes along then can build their LEGO® CITY of tomorrow with more than half a million LEGO® bricks, including DUPLO® bricks for the littlies.

The centrepiece of Brickman Cities is a massive 1:600 scale model of Lower Manhattan, New York, built entirely from white LEGO® bricks to enable 3D stories of the city to be projected directly onto them using UHD 4K projectors!

Both great fun and educational, Brickman Cities took more than 1,500 hours to build and uses more than 900,000 LEGO® bricks, with a further 250 hours spent developing sophisticated 3D projections to bring the hero city of New York to life.

This exciting interactive LEGO® experience will now be held at Scienceworks from Saturday 15 June to Sunday 6 October, opening daily at 10am, with each session lasting for up to an hour. Entry to Scienceworks is included in entry, but please not that Lightning Room tickets must still be purchased separately at the Museum